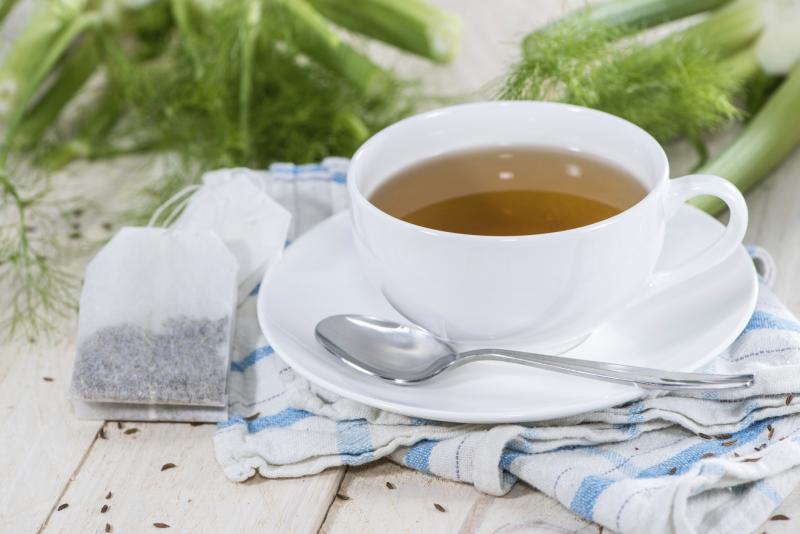 Fennel, which is also known as Foeniculum vulgare, is an aromatic plant used widely for both culinary and medicinal purposes. The seeds of the fennel plant have an aniselike aroma and often feature in Indian and Middle Eastern cooking. Fennel is used to improve digestion, relieve flatulence, treat hypertension, increase milk production in breast-feeding mothers, and treat respiratory and gastrointestinal disorders.

To make fennel tea, lightly crush a teaspoonful of fennel seeds and then steep the seeds in boiling water add a little agave or honey to sweeten your tea and enjoy the perfect of tea.

Fennel has been used for Digestive Health

Since ancient Roman and Egyptian times, fennel has been regarded as a powerful digestive aid. In a 2012 review in the “International Journal of Food Sciences and Nutrition,” author Marco Valussi reported that consumption of fennel increased spontaneous gastric motility and gastric acid secretions in animal models. Valussi also reported that an herbal combination including fennel eliminated intestinal pain in 95 percent of patients who had chronic, nonspecific colitis.

Fennel is great to use in cooking Italian cooking try 12 ways to cook Fennel  and add Fennel to your list of favorites.

Peppermint (Mentha Piperita) Jo Francks, M.H. When thinking of herbal tea one of the first thoughts that comes to mind might be peppermint. Peppermint has been used over time for many different ailments. It is a very diverse herbal treatment. It is most often used as a digestive agent to help relieve gas and bloating and to help with nausea. Our family has used peppermint in many different ways over the years. We would make a tea for sore throats and for headaches. The menthol in peppermint has anesthetic properties, which make it useful for easing sore throats. It also binds with the cold receptors in the skin, mouth and throat which make them extra sensitive. This causes a cooling sensation when applied to the skin, inhaled or eaten. Peppermint also has antispasmodic properties and can help muscles relax and reduce cramping and spasms in the stomach. One of Dr. Christopher’s uses for peppermint was to give a cup of the tea to an asthma patient before administering lobelia as an emetic. The peppermint tea would alleviate the discomfort of continual vomiting. A popular use of peppermint is to combine it with equal parts of elder flowers, make it into a tea, drink it hot and then go to bed and keep warm. This remedy induces perspiration which will break a fever. Peppermint is a very nice stimulant as well as a nervine. It has been used through the years for sinus infections, colds and the flu. It is also a common ingredient in candy, toothpaste, mouth wash and chewing gum. 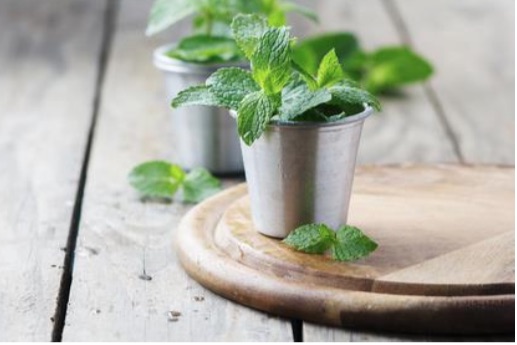 Jo Francks is a Master Herbalist graduate of The School of Natural Healing. She is also a Holistic Iridologist and Quantum Touch Practitioner.  

With fall right around the corner we here at The Little Homestead begin to wind down from our sizzling summer fun, and focusing on the exciting new school year ahead of us.  At the Little Homestead Learning Center they have been busy growing their own gardens which includes organic popcorn and today they got to taste the seeds of the labor while watching their cartoon favorites like Tom & Jerry, munching on hot popcorn in eco-friendly brown bags.  Organic snacks not only have the benefit of being healthy and educational they also taste good and can be big fun.

The scripture that comes to mind is 2 Corinthians 5:17  Therefore If any man be in Yahshua he is a new creature: Old things are passed away: behold all things are become new. Yes putting old things down might be a problem if we just keep looking at them. If we have been blessed to have a new day given to us then let us start our day as new creatures. To begin with our New Day we have hope of change. How we think is a battle only if we don???t let go of all our cares. Our Mind responds to what we take in through our senses. Our bodies respond to what we put in it. If we feed our bodies healthy foods fruits vegetables and organic foods our bodies heal faster, our cognitive abilities are increase and we become much more aware. We will be able to response to stressful situations . and are able to cope better in general Our spirit can be filled with the Holy Spirit which produces this kind of fruit in our lives: the Holy Spirit which is Love, Joy, Peace, Patience, Kindness, Goodness, Faithfulness Self Control, and Hope, which are all of the attributes of our Yahshua Messiah. We are all Children of Yahweh so you are welcome to join us through our Alpha and Omega ???s at The Little Homestead Learning Center. Well now to the present. Lets talk about what we can do now for ourselves and our children and our future. Next time you go shopping try to stay in the outside aisle and purchase mainly living foods and plan your meals around them. Children mimic us they will eat what they see you eat. Practice makes perfect. Here???s one easy one for breakfast, take your child favorite fruit and blend it with some type of milk like hemp milk or oat milk and let them help add a tsp. of flax seed. And you have a vitamin pack smoothies with omega 3???s plus.